Audits by Mail–What to Do?

Which QuickBooks Online Should You Buy in 2020?

I thought I would post a few pictures that I had on my computer with my dad in it.

Here is a picture of my mom and dad (Aaron and Bette Singer) on their wedding day October 17, 1936. There was a time that everybody thought I looked exactly like my father, and from the image – I can see what they meant.

Here is a picture of my mom and dad (Aaron and Bette Singer) with my wife Yvonne (Konig) and myself at our Medieval Wedding on August 31, 2002. It was hot that day about 33c and we were all wearing heaving medieval and renaissance style costumes! 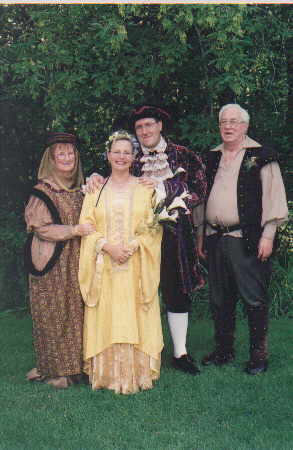 Here is a picture of my mom and dad (Aaron and Bette Singer) taken at their 50th Anniversary Party held here in Winnipeg.

I plan to do a full memorial post later in the new year upon reflection and mourning.